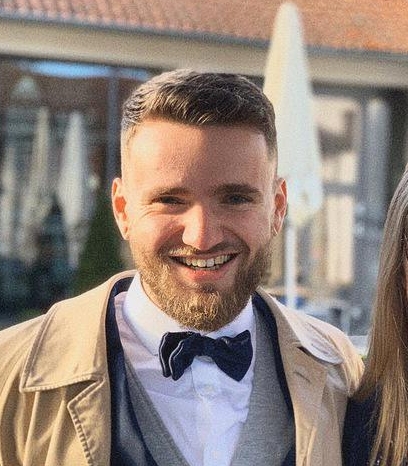 Hey Noah, can you give us a little background on yourself?

I found that I love creating projects when I started a YouTube channel in high school. I just loved making content for other people. I then got into creating projects in college as I went for computer science. I have probably built 8 or so products to date and had one bigger product that was my first “real” startup that I worked on for 2 years. It was coffeepass.io. After selling CoffeePass I wanted to build more of an indie hacker business.

Potion is a website builder built on top of Notion. Notion is a really cool tool because it kind of has a lot of the layout of a CMS already. Potion adds a custom domain, fast page speeds and allows you to customize the style of your site.

Who is the audience of Potion & How many people use potion?

Potion is built for other entrepreneurs and makers that want to start a business online. I currently have 60 paying customers and am doing $547 MRR. I’d like to reach $2k MRR by the end of the summer.

How do you reach the given audience?

My main marketing channel is Twitter and word of mouth. I have been building in public for a while on Twitter and that has helped people find what I’m doing and build kind of a community around me that wants to see me succeed. Because of that people help me out and share Potion.

Give us some reasons why Notion users should be Potion users:

There are quite a few reasons. Mainly that Notion itself isn’t built for websites but is such an easy way to write your content and have your site in the same place. Here is a list of benefits you receive with Potion.

Custom domains, fast page speeds, great SEO, live editor for simple style changes, add site analytics, customize how your site looks with css, automatic pretty urls. Its so easy to create a website with Potion and changing your site is a breeze. You just update your content in Notion and your site updates immediately.

Notion grew from 0 to 1 million users in just 3,5 years. Do you have a clear strategy to plug this success?

Mainly being a part of the community. Helping those in the community and sharing what’s possible with Potion. If I can be a part of the Notion wave, I believe Potion will do well. Also collaborating with other Notion creators is a good way I can grow.

Can one compare WordPress to Notion?

Notion is much simpler to use than WordPress. You just update your site and it's live. Changs to WordPress are much harder to make and it's more complex. At the same time, there is more customization with WordPress. WordPress is probably better for bigger teams because there is a publishing process that isn’t currently in Potion. I do plan to add some of these features to make Potion better for teams editing websites.

You're working a full-time job next to the work you have for Potion. Will you fully focus on Potion once you reach a certain MRR?

Yes, I’d like to work on Potion full time. I’m open to raising a little money from a bootstrapper friendly investor like Tiny Seed or Earnest Capital. To get there I think I need to. Get to around $2k MRR hints that goal. If I don’t get some funding I’d probably need longer to reach a higher MRR. Hopefully, I can make this leap by the end of the year!

& Besides all of that, you also host a podcast. What are the best learnings you had from your podcast work?

Podcasting is slow going so I’d say just have fun with it! Your audience will slowly find you as listeners share it. The only marketing we have done is just sharing on our Twitter. But if you keep stick with it, it can definitely be a great asset. That is what we have found for sure. I have a little community around me that feels like they actually know me because of the pod so there are a lot of benefits from that.

Originally, potion.pages is a product build by Zack, which you later acquired. Why did you buy it & at what cost?

It was kind of funny. Zack and I both started Potion at about the same time. When I found him I was like “oh no what am I going to do!” Because our products did very similar things and had the exact same name which was confusing. I posted on a Notion Facebook group about my Potion one time. Randomly Zack reached out and said he was wanting to sell because he wanted to move to something else. I jumped on the opportunity and we worked out a friendly deal. He was so nice! I bought his Potion for only $300. I mainly bought it because of the name confusion. I acquired his customers and was able to move some of them over to my Potion.

You are building potion in public. Why are you doing it?

I started doing it mainly because it's a lot of fun. When I started Potion I thought it was a channel for the business that could make a lot of sense because people that like buildinpublic are typically other creators and that is my target customer for Potion. When I started building in public is when my Twitter following really started to take off. People love to see transparent businesses and love for you to be genuinely authentic with them. That's what I try to do. My first tweet about building Potion in public went quite viral and I gained 1000 followers in 24 hours.

Can you give us the 5 most valuable tips you yourself work by?

And finally: What other indiehackers should we talk to?

Thanks for taking the time Noah! Be sure to check out Potion.

How many 4 letter domains are available & are they worth the money?